Pleasure But Perspective As The Lion’s Extend Their Run 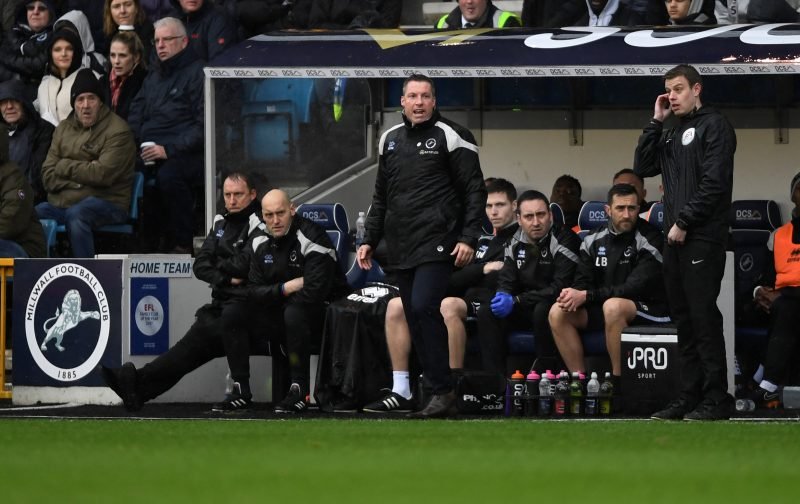 Millwall extended their unbeaten run to seven matches with a midweek victory over Sheffield Wednesday in our most recent Championship tie.

Hosting Jos Luhukay’s side at The Den for the encounter, the visitors took a first half lead as Joey Pelupessy struck before the half time break, but a strong second half start from Millwall saw Lee Gregory back on the scoresheet seven minutes after the restart as he tied the game up at one all.

Steve Morison ended his eight game drought in the 63rd minute to gift us all three points on the day and extend our unbeaten run of late, but Morison’s winner was followed by ten minutes of stoppage time as Jordan Thorniley received treatment for an injury, and that incident was high in Neil Harris’ thoughts as he spoke to the official site and the media at the full time whistle.

‘First and foremost, I hope Jordan Thorniley is ok. By the looks of it he has a horrific injury and the thoughts of myself, my players and my staff are with him – he was playing very well.’

Turning his attentions to the match itself, Harris went on to say.

‘As far as we’re concerned, I’m pleased. At half-time, I had no complaints. There was no ranting from me and nothing tactically to change, except maybe being more aggressive with and without the ball. We could’ve pressed a bit more without it and moved the ball a bit quicker with it. In the second-half, we were outstanding and scored two great goals. We could’ve scored a couple more and when we had to stand tall, we did.’

The win moves Millwall into eleventh place in the Championship table and we are now only eight points away from the top six, but Harris certainly isn’t getting carried away as he knows we have to stay grounded, stay focused, and keep taking it one game at a time as there is plenty of football still to be played in 2017/18.

‘Let’s not get carried away with ourselves. We know the points gap has decreased above us, and for my players to be in 11th position is a great place to be. Full credit goes to them for that, but we’ve got a long way to go. It’s all about Burton on Saturday now. They came here earlier in the season and robbed us of the points. We want to put that right this weekend. The boys are loving it.’