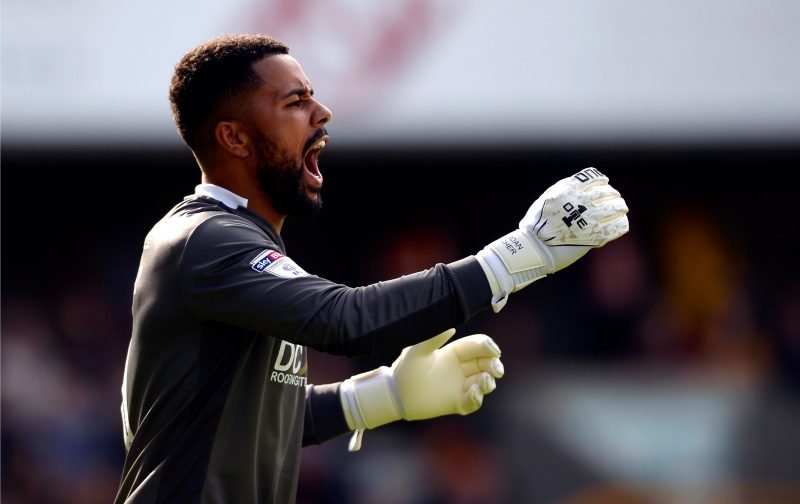 The Lions chalked up their 3rd consecutive Championship away victory as they overcame a very poor Birmingham team and moved closer to Championship safety.

My 3rd time at St. Andrews after witnessing a 1972 1-0 defeat to, according to the late great Jimmy Hill, an offside goal that ultimately cost us promotion to Division 1 and lead to the demise of one of our best ever teams and the 2002 1-1 Playoff Semi-final 1st Leg draw prior to it all going pear-shaped for various reasons in the return leg.

The coach is meet in the visitors car park by a heavy, but relaxed and non-intrusive, police presence.

Starting line-up as per Cardiff except with Williams replacing Tunnicliffe, harsh on the latter.

Game starts as with many of our away games this season with us backing off and Birmingham playing tippy-tappy football before launching a long ball. What’s the point of retaining possession only to whack it forward at the end?

A massively boring and uneventful start except for an unnecessary Meredith foul gifts Boga a free-kick just beyond the ‘D’ that appears destined for the net until at the last second it fortunately drifts just wide with Archer beaten.

Gregory chases down a Romeo fly hack clearance, gets clear but is crowded out approaching their box. Our first real opportunity materialises when Saville intercepts, feeds Marshall whose passes for Gregory to lay off for Wallace to rifle in a shot that Stockdale pushes around the post for the 1st of 3 Williams’ corners in quick succession that result in a Saville shot being saved by Stockdale and Morison’s and Cooper’s back headers evading a touch in the 6 yard box. Encouraging.

A superb Cooper covering tackle saves the day after Hutch is, surprisingly, beaten. Boga, by far their only dangerous player, cuts inside, runs parallel with the 18 yard line before firing narrowly wide. Romeo saves the day after Wallace is caught in possession dribbling back to our box! Fifteen seconds of robust tackling finally ends with Gallagher being booked. That could have got nasty!

Birmingham for all their possession aren’t creating anything, although Archer is slow going down for a ricochet and is lucky not to concede a penalty, however, 3 of their corners in quick succession flash across our 6 yard box untouched.

H-T 0-0. Pretty dismal stuff. A flat Millwall team failing to string 4 passes together against a very poor Birmingham team and backing off too far. A rerun of many of our away games this season. Boga looks useful and we need to keep him in check, Gallagher looks as if he could cause problems with the right service and Gardiner is at the centre of all their moves. Birmingham appear to be playing a fluid system. It looks like 4-5-1 when defending and 3-5-2 when attacking. Neil needs to find a solution to their fluid system, ensure Boga is marked closer and get us playing the ball along the floor to Wallace and Marshall.

Second half underway with a similar pattern to the first. At one stage they must have strung together 20 uncontested passes before an ambitious shot goes wide. They do get round us and, IMO, Meredith was lucky not to concede a penalty. Maghoma, for the 3rd time in the game, goes down as if shot, but recovers after emergency surgery on the pitch and continues in the game. You know, if these physiotherapists worked full-time for the NHS the waiting lists could be halved overnight!

Morison plays in Marshall who dallies and a promising opportunity is lost. Birmingham gain 2 corners in quick succession due, IMO, to Archer not communicating with our defenders. We’re getting the ball out wide this half and Morison hits the post from an acute angle after a Birmingham defender fails to clear a Wallace cross.

Sixth-five minutes and Marshall is replaced by Fred (correct decision) who goes on to play arguably his best 25 minutes for us.

Morison and Wallace replicate the start of the move that lead to our goal against Cardiff, only this time the reward is a corner that Williams flights to the edge of their 6 yard box for Cooper’s right footed volley to be saved again by Stockdale.

Fred is looking lively and he gets his just reward when he uses his speed to chase down a channel ball into the box, cut back, unleash a left footer that Stockdale saves before Fred despatches the rebound into the net.

Confidence now sky high, Fred uses trickery to tease Birmingham then has the audacity to play a back heel that frees Meredith, to the byline, whose layback evades allcomers.

Tim replaces Morison, who leaves the field to a standing ovation, and promptly gets a breakaway chance when, IMO, he chooses the wrong option and instead of feeding Fred goes it alone and is caught. He looked leggy.

Four minutes added, enough time for us to giveaway 2 unnecessary threatening free-kicks. The first is wasted and Archer makes his first save of the game pushing Gardiner’s shot wide.

Final whistle. 1-0 to the Lions who, although not at our best, had more than enough to beat a poor Birmingham team.