Harris Continues To Look Up 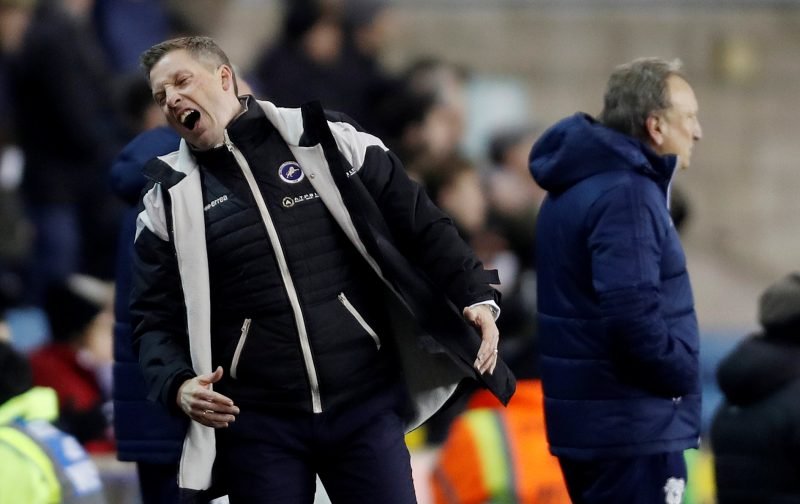 With victory over Birmingham City at the weekend, Millwall manager Neil Harris has called on the side to continue looking up the table as we face Sheffield Wednesday this evening.

With Millwall sat in 14th place in the Championship table we are only eight points from seventh placed Preston North End and Harris’ message was simple as we prepare to host Sheffield Wednesday later tonight – keep looking forward and see how high we can climb.

Speaking to the official site as he met with the media this week, Harris spoke of his delight at our current performance levels and results and he simply wanted to the team to continue in that vain as we go into the season run in.

‘We have had a really good run of results recently. We are chasing a couple of the teams above us and we can put more pressure on them on Tuesday. Sheffield Wednesday is another tough one, they have had some good results of late since the new manager came in and everyone will have to be ready for another big test.’

Having secured a third successive away win at the weekend, Harris wants us to get back to winning ways on home soil as our last win was Queens Park Rangers in December, even though we have remained unbeaten since then.

‘Yes, we want to get back to winning ways at home but we also want good performances. We didn’t play particularly well by any stretch of the imagination at Birmingham on the weekend, but we got the three points. In saying that, we have been on the road many times this season and haven’t got the points when perhaps we deserved to. I’ll be looking for improvement under lights on Tuesday.’

Harris also confirmed that we had no fresh injury concerns ahead of the game, and Tim Cahill could again feature following another cameo appearance last weekend.