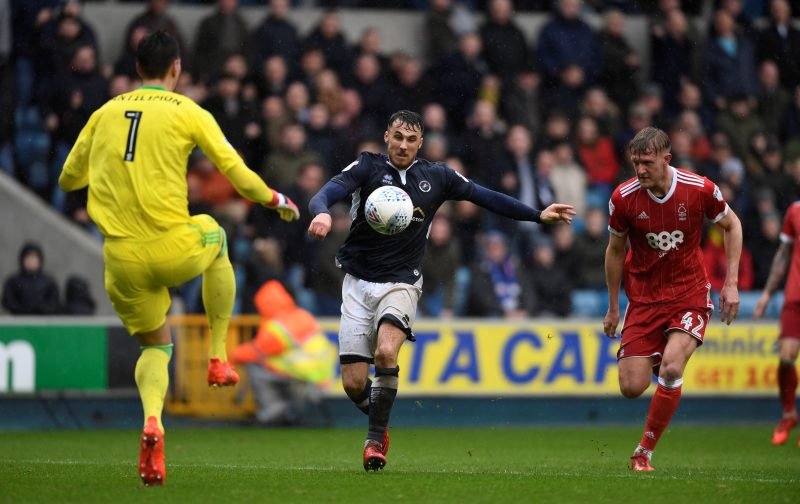 Millwall striker Lee Gregory has taken to a touch of the mystical when speaking about the atmosphere that he feels now surrounds the club after another victory in midweek.

Hosting Sheffield Wednesday on Tuesday evening at The Den, goals from Gregory and Steve Morison gave us a two one victory to extend our unbeaten run and make it three wins from our last five matches, and as you’d expect Gregory is delighted with our run of form as we creep up the Championship table.

Speaking to the official site as the dust settled on that game and Millwall begin preparations for the trip to Burton Albion this weekend, Gregory explained that he felt the ‘aura’ around the side was ‘brilliant’.

Having taken his personal tally for the season to eight goals, Gregory said that the side were looking at Burton as ‘just another game’ even though it could be four away wins on the spin with victory.

He also said the approach would be strictly business, and no one would be looking for revenge or anything like that from the one nil defeat earlier in the season.

‘There’s no motivation ahead of Saturday. It’s just another game. We know what we have to do – we have to go there and get three points. The gaffer may be looking at the past and thinking about getting one over them, but we don’t, we’re just looking for the win.’

Reflecting back to Tuesday evening’s action, the 29 year old went on to say about our performance against Sheffield Wednesday.

‘We put them under pressure in the second-half, but, to be honest, I think we were the better team in the first-half as well. Their goal, which was a great strike, came at a bad time just before the break, but we came out for the second-half like the team we know we can be.’

He went on to say.

‘The manager told us to keep doing what we were doing, pick up the tempo and ensure that our decision-making was a bit better and we’ll win the game. The lads did great. I’m happy to score. I always back myself to score. At the start of the season, everything was going against me – the goalkeeper was pulling off a great save or the ball was just going wide, but now, thankfully, it’s going my way.’

Gregory also had praise for Morison who broke his own goal drought in the match to help us to the first home win of 2018.

‘The manager knows how we work. Some games it goes for us, some games it doesn’t. If Moro isn’t in the team or doesn’t play well we struggle a bit, because we don’t have him to get the ball into and around and we don’t pick up as many second balls. He’s a vital player for us.’

Whilst it was our first home win of the calendar year, we have only suffered one defeat in 2018 as well and finding ourselves in a more comfortable midtable position, Gregory said whilst the opportunity to make a late Play Off charge was there, that will be what the players try and achieve.

‘In the camp, we feel unbeatable. The aura around the club is brilliant – everyone gets on with each other. We’re in our own little bubble at the minute, hopefully we can keep it going. You never know where we could end up if results keep going our way. Like last year, if we keep doing what we’re doing, keep picking up results away from home and keep taking each game as it comes, we’ll see where we’re at.’