The club done well to keep this one quiet, welcome Boris! 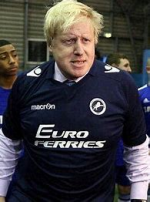 Looks like he's been in the west upper bogs already 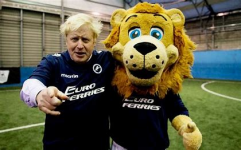 Ya get me fam
L

I hear Boris has been bought to be Bart’s competition for next season! Is he any good? Let’s look at the facts, shall we?

I hear he’s very good at stopping penalties being given against him, and is very good at ball saving (his own and therefore his position.)

Whilst some of his detractors think he looks like a rat that’s eaten all the cheese, he doesn’t wine too much about his problems, and has staunch supporters who think he’s doing a fine job!

So, welcome Boris! If you knuckle down hard, and take the chances given to you, you could become premier class as a goalkeeper for Millwall! A word of warning though! Just watch out for the OB standing behind you each week! They may have saved you this time from an almost catastrophic own goal of your making, but if you make another major fuck up, they will give another penalty spot against you, and this time there will be no one to save you!
You must log in or register to reply here.
Share:
Facebook Twitter Reddit Pinterest Tumblr WhatsApp Email Share Link