robbo555 said:
I reckon a hundred at most out of 16,000 booed. That is not representative of the clubs fanbase. Also, what happened to holding the banner? Why didn't our players line up arm-in-arm with the anti-discrimination banner directly at the TV cameras? Our fans would have cheered that hugely. A massive opportunity missed and so easy to do.

I hope we don't continue to boo it, not because I'm against freedom of speech, but because whatever we do is deliberately misconstrued and there is zero nuance in any media coverage. Where are the countless articles and headlines saying we give more to charity than any other club relative to attendances? The incredible respect we have from the Armed Forces?

This constant labelling of us as racist is so wrong it's laughable. Look at the players of the year over the last decade or so. Shittu, Archer, Abdou, Mkandwire, Shaw, Warner. I wish we would fight some of the coverage instead of accepting it so meekly.
Click to expand...

I hope we boo louder and longer, because of your points 555.

They are not interested in our good points, so why pander to them ?????

robbo555 said:
I think they should have done it at the precise time the Palace players took the knee.
Click to expand...

I make you right but I suppose then we would have then been slandered as fans who cheer and clap the knee by haha. We can't win I suppose.

I didn't realise the club did that so fair play, but It's still a bit Impotent considering the timing, lack of direct coverage and amount of fans In the ground at that moment. It srikes me as a glorified photo opportunity for social media and not a show of unity and support Infront of a baying media.

Life with the Lions said:
Perhaps before it, so anyone watching would have heard us cheering for the equality banner. Then, when Palace took the knee, and everyone heard the booing, it might have made people think, “Why is there clapping and then booing?”

This would have been an ideal time to show the MSM how we differentiate between ‘taking the knee’ (supporting BLM), and supporting anti-racism and discrimination (holding up the equality banner).

Like others have said, the club missed a fantastic opportunity there! Does make you wonder if the club has more sinister reasons for not backing our supporters!

Maybe that’s a question we should try and get Kavanagh to answer?
Click to expand...

You'll have more chance of getting Tony Blair to turn down his Knighthood and admit to treason.

Kavenagh grass line is now open, this man is nothing but trouble for real wall fans, wants to turn us into the sheep who follow most other clubs, we boo because it's not racist but a political gesture just like the raised fist but he can,t or does not want too get his head round that and which supporters groups / fans as he spoken too....I go to every home / away game and never been asked my opinion ..he needs to grow a pair and understand we are not charlton or saffend ( previous clubs which are both struggling) and we have rightly so our own views on things I believe this man as his own agenda and using us as a stepping stone.....there's only one real tosser at our club
C

I go to Millwall to watch Football if i wanted someone to preach to me i would go to Church.

If you want the booing to stop then the knee should be taken in the dressing room, what next a choir in the centre circle ? the football pitch was put there to play football on.

Sick and tired of people constantly whining about how others should behave and think, they obviously have nothing else going on in their miserable lives.

Another plus is the dart board in Zampa’s Family stand, ok it’s only a Velcro one but at least it’s teaching the kids some old fashioned pub games
L

When/if Lyle Taylor joins perhaps he can explain the knee lark to our Board as he actually gets it and has actually researched what the BLM organisation stands for then they can answer the critics. Sky etc probably know now but don’t want to admit they backed a group of political fruitcakes.
On another point Theo was on GB News with Farage today standing up for us unlike Kavanagh.
Last edited: Jan 13, 2022
S

Lions21 said:
When/if Lyle Taylor joins perhaps he can explain the knee lark to our Board as he actually gets it and has actually reasearched what the BLM organisation stands for then they can answer the critics. Sky etc probably know now but don’t want to admit they backed a group of political fruitcakes.
On another point Theo was on GB News with Farage today standing up for us unlike Kavanagh.
Click to expand...

Mugshots out for wanted 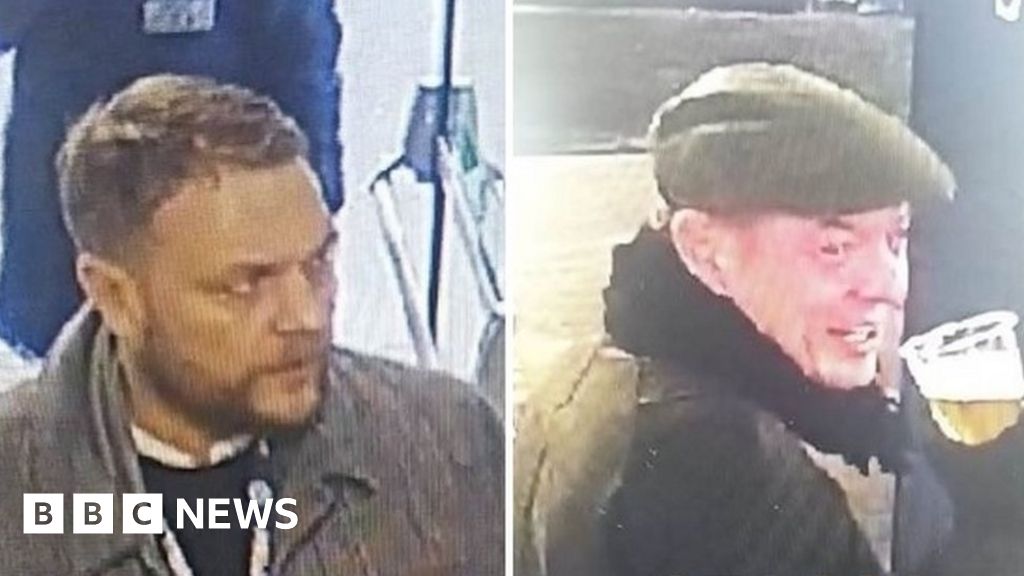 STWall said:
Mugshots out for wanted

Images of two men are released by police investigating trouble at Millwall's loss to Crystal Palace.
www.bbc.co.uk
Click to expand...

Obviously these are the dangerous flare chuckers from palace.

STWall said:
Quite a monologue! We’re leaving iFollow and get our own official TV channel; launching a Don’t be a Tosser campaign; sanitising of songs and chanting, plus booing if the knee that offends some snowflakes in the woke community; sniffer dogs to weed out drugs - no pun intended

I’d like to start by wishing supporters throughout the country and across the world a very Happy New Year. I hope you all enjoyed the festive period and that any impact of COVID on your own health and plans was not too severe.

Lots having a meltdown when Kavanagh is just playing to the FA and media. Worlds changed and you have to play the game. Sponsors, affiliated investors etc etc. I watched Theo’s interview on GB news tonight and he spoke candidly about how we get stitched up - but he can, he’s not involved anymore. No one in our club can afford to condone anything outside of this new norm - for now.

The more we all "play the game" the worse it will get. The control freaks have us exactly where they want us and will not be satisfied until they know where we are and what we doing and thinking every minute of every day.